GLASGOW, Scotland, October 26 -- In a nerve wracking day for Canada at the 2015 artistic gymnastics world championships, the national men’s team placed 15th to earn a berth at the final qualification event for the 2016 Rio Olympic Games.﻿ 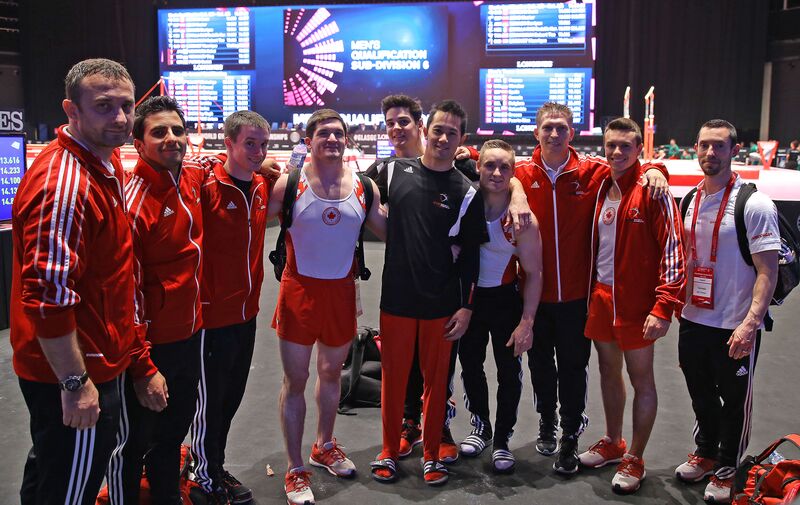 The top eight countries from the qualification round at this year’s world championships clinched a spot directly for the Games, while teams ranked from ninth to 16th, Canada included, will battle it out for the final four berths in April at the Olympic test event in Rio de Janiero.

Japan topped the 24-team men’s event held over two days with a total score of 358.884, also advancing to the world championship team final on Wednesday.

The Canadian squad earned its spot at the final Olympic qualifier with a score of 339.781 points.

Members of the team are Scott Morgan of Vancouver, Ken Ikeda of Abbotsford, B.C., and Kevin Lytwyn of Stoney Creek, Ont., Hugh Smith of Halifax, Rene Cournoyer of Repentigny, Que., and Anderson Loran of Saskatoon.

Canadian national team director Tony Smith of Calgary said the team performed well in some events but needed improvement in others to have a good shot at making it to the Olympics.

“I think the team held back a little bit and were concerned about making mistakes instead of showing what they were really capable of,” said Smith.

“I expected to see a team that competed with a little more confidence. They had worked hard enough to go out and show off as opposed to go out there and hope for the best.”

Despite the team’s difficulties in some events, Smith praised a number of top individual performances, including Morgan’s 13th place on floor and and Cournoyer’s strong all around performance, placing 45th in a field of 182 competitors.

Looking ahead to the final Olympic qualifier, team members were upbeat.

“We’ve got to keep working hard,” said Lytwyn, making his fifth world championship appearance. “There’s no time off, we need to stay healthy and keep going.”

Competition continues Tuesday with the Canadian women going up against the U.S., China and Russia among others in the eight-country team final.

The Canadian team, led by Ellie Black of Halifax, has already punched its ticket to the Rio Olympics after placing 7th in the women’s qualification earlier in the competition.