ODENSE, Denmark, November 29 -- Rosie MacLennan of Toronto placed fourth in the women’s individual final at the 2015 trampoline gymnastics world championships on Sunday to guarantee one spot for Canada at the 2016 Olympic Games.﻿ 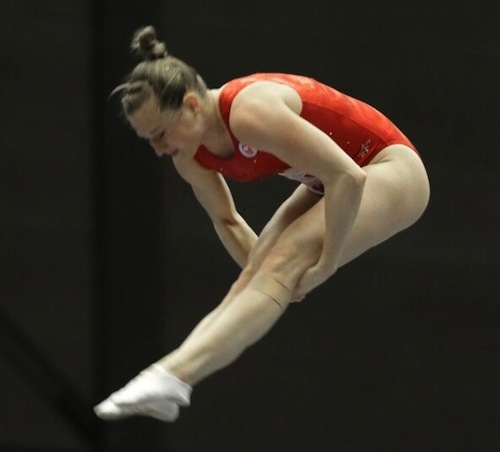 Four-time Olympian Karen Cockburn of Toronto failed to complete her semifinal routine and wound up 24th, knocking her out of contention for a berth at the final Olympic qualification meet set for Rio de Janeiro in April.

In men’s trampoline 2008 Olympic silver medallist Jason Burnett of Toronto placed 18th to earn a spot for Canada at the last-chance qualifier in Rio.

The top eight in both women’s and men’s trampoline at this year’s world championships earned an Olympic berth for their countries with a maximum of two per team. Another 13 athletes in both the men’s and women’s events, including Burnett, will battle it out for the remaining spots.

Sixteen competitors in both men’s and women’s trampoline will compete at the Rio Games.

In the non-Olympic events Canadian competitors qualified for the 2017 World Games in tumbling and double mini-trampoline for both men and women.
﻿