What an amazing Pan American Games it’s been for our artistic gymnastics teams! Ellie Black, now the Pan American All-Around champion, continued to dominate the field last night adding two more golds to her resume on the balance beam and the floor exercise.﻿ 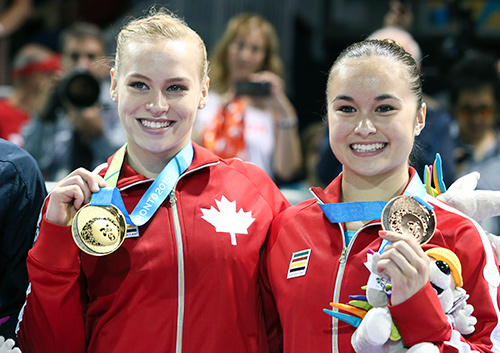 “This was more than I expected, this has been incredible,” Black said. “The support here has been amazing. I was so proud of our team coming in silver, and individually in my finals I was not expecting half of this. So thank you to everyone.”

"I was already surprised to qualify for the final on beam, because this apparatus is a little pet peeve of mine,” said Woo who trains out of the Gym-Richelieu club. “It already felt like a gift to be there, so to win a medal was really the best reward!”

Black rounded out the evening by putting down another dominant performance on the floor exercise, scoring a total of 14.400 to win her third gold medal of the Games. American Amelia Hundley took the silver with a total of 14.200 while Ana Gomez Porras from Guatemala took bronze with a total of 14.150. 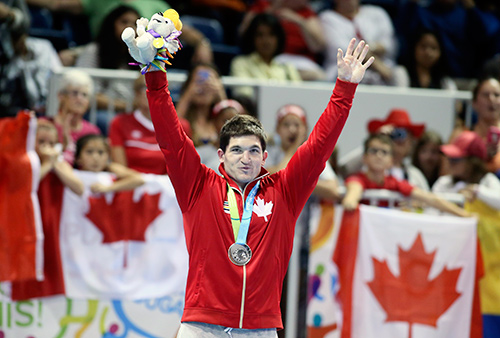 Kevin Lytywn (AB/ON) then took to the stage to see if he could bring home a medal for Canada in the last final of the night and he did not disappoint, putting down what he called, “the best performance of  my life” to win silver with a total of 15.475. Jossimar Calvo Moreno won gold with a score of 15.700 and the former champion in this event, Paul Ruggeri from the USA, took the bronze with a total of 15.40.

The next stop on the road to Rio for these gymnasts will be the World Championships in Glasgow, Scotland this October where they will hope to qualify for the Olympic Games.
Huge congratulations to the entire coaching team at the Games: Dave Brubaker (women’s national team director), Tony Smith (men’s national team director), women’s team coaches Lorie Henderson and David Kikuchi, and men’s team coaches Valentin Stan and Jason Woodnick! Huge thanks as well to all of the clubs represented by these gymnasts who have played a huge part in their success.