GLASGOW, Scotland, November 1, 2015 -- On the final day of competition at the 2015 artistic gymnastics world championships on Sunday Ellie Black of Halifax had to settle for seventh place in the beam final.
﻿ 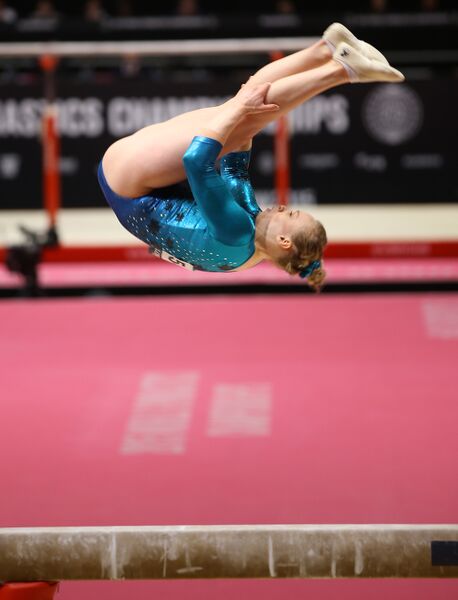 Three-time all-around world champion Simone Biles of the United States romped to the gold with a score of 15.358, followed by silver medallist Sanne Wevers of the Netherlands with 14.33 points and Pauline Shaeffer of Germany at 14.133.

Black nailed her high-risk beam routine in the qualifications but fell in both the all-around final on Thursday and in the event final.

“Ellie had a lot of pressure to repeat her performances from the Pan Am Games but it’s hard to deliver those great performances back to back,” said Canadian women’s team high performance director Dave Brubaker of Sarnia, Ont.

“It just wasn’t in the cards today for Ellie but we certainly know she’s capable of that in the future.”

Despite the letdown in the beam final, Black had no complaints after she led the Canadian team to a berth at the 2016 Rio Olympics and came up with a best-ever Canadian all-around world championship result with her seventh-place finish.

“The girls fought to be sixth in the world and it’s the best team result and the best individual results we’ve ever had at a world championships,” said Brubaker.

Brubaker also singled out Isabela Onyshko of Brandon, Man., for her 16th place finish in the all-around event.

“To move from 24th in the qualification to 16th in the final is a huge achievement.”

By securing the Olympic berth in Glasgow, the Canadian team will now focus on getting ready for the Games next summer without the stress of competing for a spot at the final qualification meet in April when teams ranked ninth to sixteenth will battle it out for the final four berths.

“The team qualification for the Olympics was the primary objective here and the individual performances have helped to show that Canada is a top-eight country,” said Gymnastics Canada’s artistic gymnastics program director Karl Balisch of Ottawa.﻿