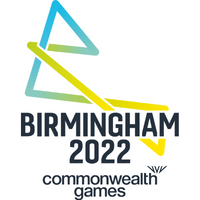 “I'm really excited to participate at my second Commonwealth Games,” shared Cournoyer. “Last time, we had a historic third place ranking for Canada for medals won. This time we are coming in with a younger and promising team, ready to show the world what we can do.”

“I’m super excited for my first Commonwealth Games,” shared Denommée. “I have heard so many good things about attending the Commonwealth Games competition. I’m really looking forward to being there and competing with Team Canada!”

As such a popular sport, Team Canada leadership are excited support this team and to see what this 2022 team can do at the Birmingham Games.

“Team Canada has been a perennial medal favorite in the Gymnastics events at the Commonwealth Games,” says Scott Stevenson, Executive Director, Team Canada 2022. “We always look forward to seeing Canada’s best gymnasts lead the way for our team at the Games.”

Birmingham 2022 will feature 19 sports and eight para-sports as part of its program with up to 4,500 athletes taking part. The Commonwealth Games are the only multi-sport event that feature equal standing for sport and para-sport events, and these 2022 Games will showcase the largest para-sport program ever. In addition, for the first time in its history, the Games will feature more medal events for women (135) than men (133).

The Gymnastics teams which will represent Canada at the Birmingham 2022 includes:

ABOUT TEAM CANADA 2022
The 2022 Commonwealth Games will be host to 72 participating nations and territories taking part in the Games. The Commonwealth Games are a valuable opportunity as a steppingstone and development opportunity for Canadian athletes, coaches, and managers working towards Olympic and Paralympic success. Canada’s performance projection in 2022 is a top 3 ranking, in total medals, amongst all nations and territories competing. Commonwealth athletes won 80%+ of Canada's medals at the 2020 Olympic Games

Team Canada’s dedicated mission team will provide an optimal environment by celebrating equality, diversity, and non-discrimination. This is in support of our goals needed to enable a best ever performance by Canadian athletes at the 2022 Commonwealth Games.

ABOUT GYMNASTICS CANADA
First established in 1969, Gymnastics Canada has been supporting the mastery of movement in Canada for five decades as the national governing body for the sport of gymnastics in Canada. We work closely with the twelve provincial federations and 700 local clubs to provide a broad range of programs and services to meet the needs of all participants. From athlete development to coach and judge education, Gymnastics Canada sets the operating standards and practices for the sport in Canada. Our mandate is to promote and provide positive and diverse gymnastics experiences through the delivery of quality and safe gymnastics programming. Visit www.gymcan.org for more information or follow us @gymcan1. From here, we soar.