OTTAWA, ON (February 25, 2021) – The 2021 Elite Canada in Men’s Artistic Gymnastics wrapped up this past weekend with Jesse Tyndall from Taiso Gymnastics in Saskatchewan taking the senior all-around title following two ‘days’ of competition. Zachary Clay from Twisters Gymnastics in BC had the top senior one-day all-around score. 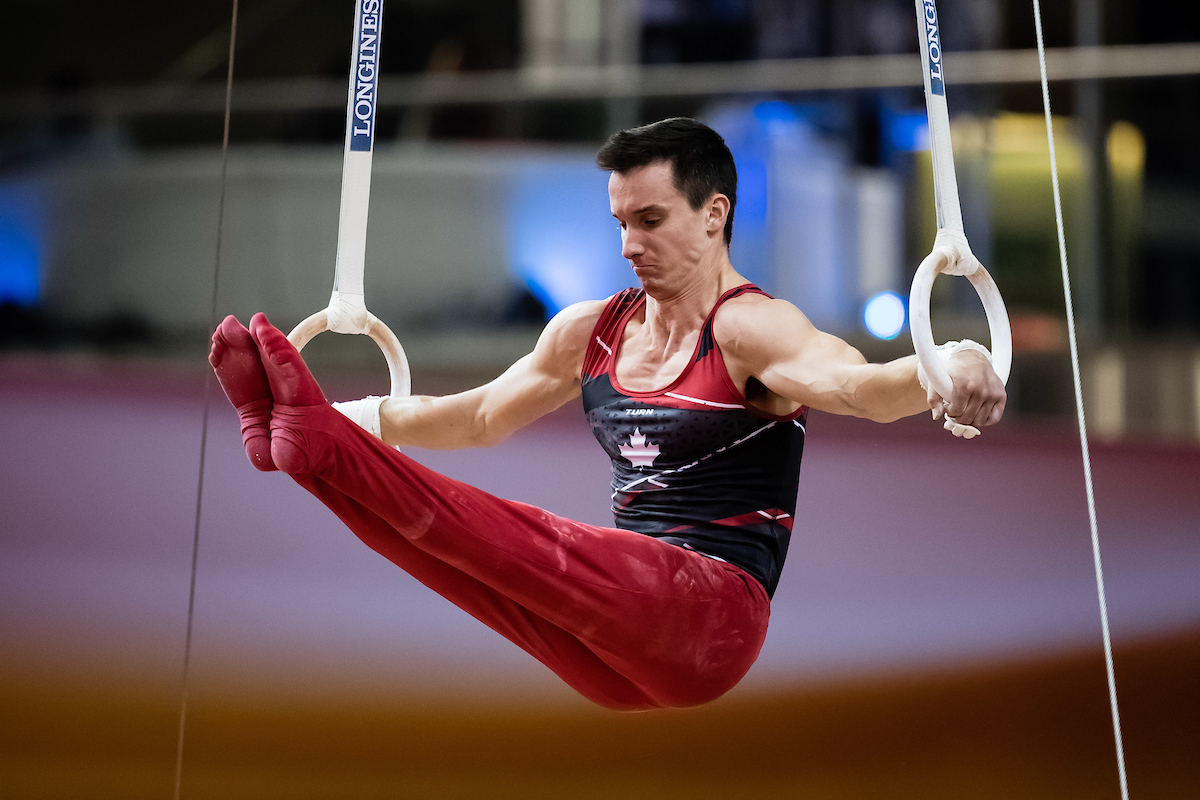 Held virtually, athletes and coaches submitted videos of their routines taken at their home gyms from February 11-17 and judging then took place from February 19-21. Awards were handed out for the following categories: Senior 21+, Next Gen Senior 18-20, Junior 16-18, and Junior 14-15. With many provinces still under shutdown orders due to the COVID-19 pandemic, not all eligible athletes were able to participate in this competition.

“I’ve been pretty satisfied with the level of difficulty in my routines thus far this season so I didn’t add anything new for Elite Canada,” said Tyndall in an interview with International Gymnast Media. “Instead, my coaches and I decided to focus mainly on execution and cleaning up the little details. Not overthinking things allows me to take the pressure off myself and trust my training.”

“It felt great to compete again and be able to work towards something,” said Clay who is a four-time World Championships team member for Canada. “Although it was weird to compete in our own gym, overall I was happy with my performance, and for competing new and harder routines. I had some mistakes but I know what I need to work on for the next competition.”

“Zach’s performance on the first ‘day’ of competition was a real highlight,” said Ed Van Hoof, Head National Team Coach for Men’s Artistic Gymnastics at Gymnastics Canada. “He looked as good as I’ve seen him, and he showed great consistency across all of his routines. Jesse also showed good consistency – he had solid routines, with really good quality execution.”

Jake Bonnay from Kitchener-Waterloo Gymnastics Club who is also currently training and competing in the USA with the University of Nebraska, had the top total score on floor to take gold on that apparatus (27.450), while Sam Zakutney, who recently returned from the USA and has moved to Laval Gymnastics, took gold on high bar (27.966).

The Senior Next Gen category is a new addition this year – meant to make the transition from the junior ranks to the senior ranks less of a jump for the newer seniors. In that age group, it was Davey Boschmann, also from Taiso Gymnastics, who took the all-around title with a total score of 149.922. He also captured gold medals on pommel horse (25.900), vault (26.866), parallel bars (24.725), and high bar (25.932). Evan Fedder from Phoenix Gymnastics in BC took gold on floor (25.499), while Pier-Olivier Julien from Gymnamic in QC took gold on rings (25.699).

Taking gold on floor for the Junior 14-15 category was Maximus Hewstan-Gates from Inspire Gymnastics in BC (23.966), who also took gold on vault (24.233) and finished third in the all-around. Jonathan Ko from Twisters had the top score on pommel horse with a 16.075.

All of the submitted videos are available for viewing on the GymCan website at the links below: