OTTAWA, ON (January 11, 2019) – Gymnastics Canada is pleased to announce the athletes who have been selected to the 2019 rhythmic gymnastics national team group following an intensive three-part selection activity that included training and on-demand testing. 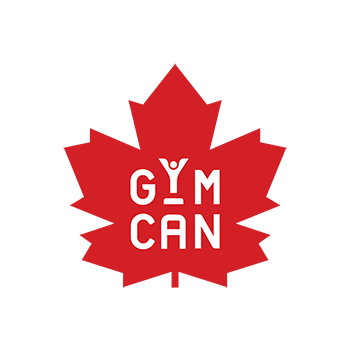 Gymnastics Canada’s individual national team members were previously selected in June 2018 and are currently training for the upcoming competition season.

“We finished 2018 with strong team performances at the 2018 World Championships and are looking forward to Elite Canada in Calgary this February as it marks the first step towards achieving national team ranking and making international assignments for this season,” said Orr.

Highlights on the competition calendar for the rhythmic gymnastics national team this year include three World Cups in Europe in April, the first-ever Junior World Championships in Moscow, RUS in July, the Pan American Games in Lima, PER in August, and the World Championships in Baku, AZE in early September.

First established in 1969, Gymnastics Canada is the national governing body for the sport of gymnastics in Canada. Gymnastics Canada works closely with the twelve Provincial Federations and the 700 local clubs to provide a broad range of programs and services to meet the needs of all participants. From athlete development, to coaching and judging education, Gymnastics Canada sets the operating standards and practices for the sport in Canada. Our mandate is to promote and provide positive and diverse gymnastics experience through the delivery of quality and safe gymnastics programming. Visit www.gymcan.org for more information, or follow us @gymcan1