Artistic Gymnastics Athletes & Coaches of the Year Announced for 2016

HALIFAX, NS (February 4, 2017) – Gymnastics Canada is honoured to announce the 2016 artistic gymnastics athletes and coaches of the year. These athletes, with the support of their experienced and talented coaches, achieved some historic results, along with many podium and personal-best performances throughout the year. 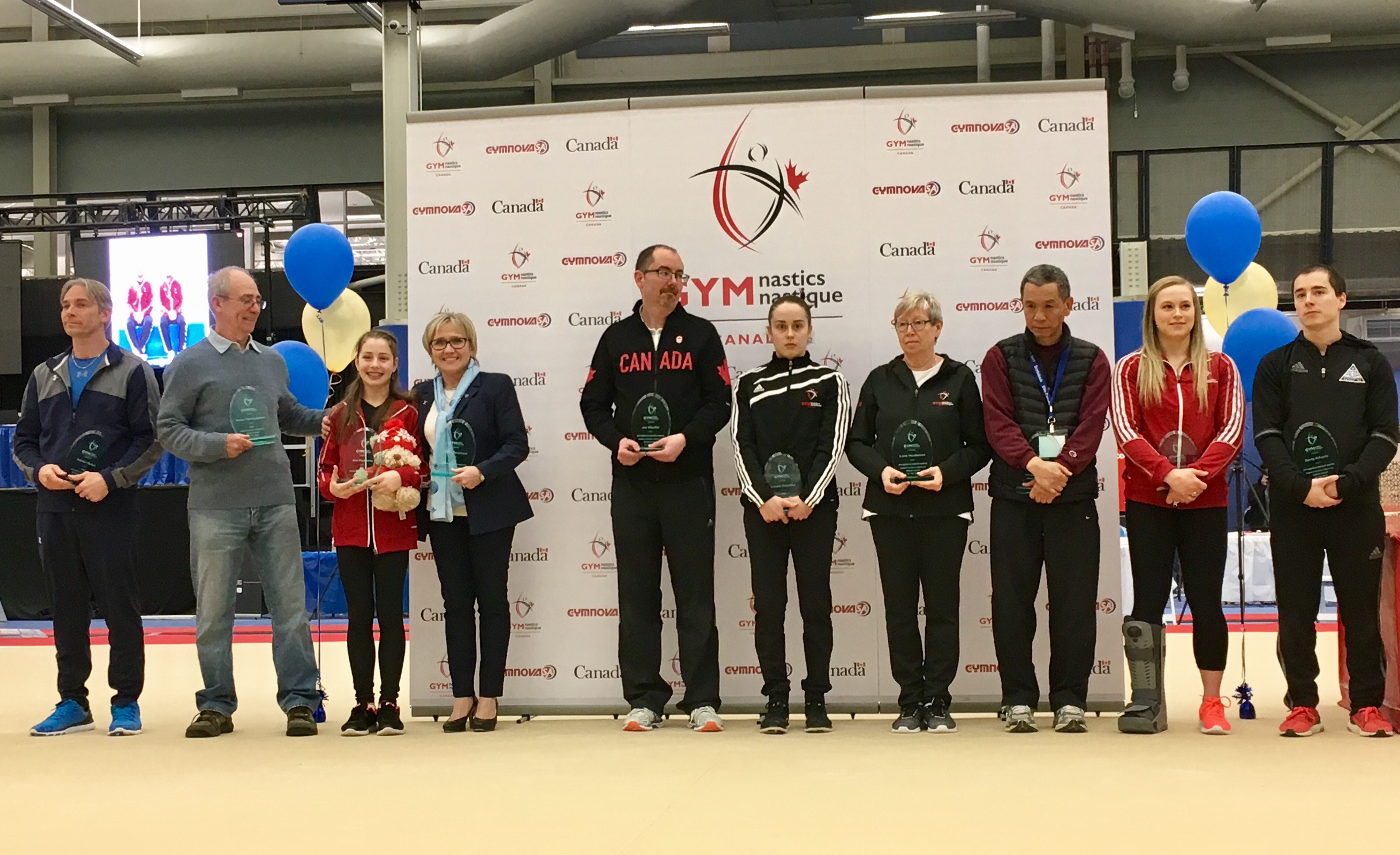 Ellie Black from the Halifax Alta Gymnastics Club in Halifax, NS, and Isabela Onyshko from the Brandon Eagles Gymnastics Club in Brandon, MB, headlined Canada’s women’s artistic gymnastics team at the Olympic Games in Rio de Janeiro this past summer. Both qualified for the women’s all-around finals where Black narrowly missed the podium, finishing 5th overall – a Canadian best-ever performance. Onyshko, the senior all-around champion at both the 2016 Elite Canada and Canadian Championship competitions, finished 18th all-around, and also finished 8th in the beam apparatus finals in Rio.

As a former two-time Olympic gymnast, David Kikuchi, along with Lorie Henderson, was the head team coach at the 2016 Olympic Games in Rio. He also coached at the Commonwealth Games in 2014, and the World Championships in 2013, 2014, and 2015. Keiji Yamanaka has been coaching in Halifax for over 30 years and was Ellie Black’s first coach in the sport.

Lorie Henderson and Joe Stouffer both coach out of the Brandon Eagles Gymnastics Club where last year, they coached Isabela Onyshko to the Olympic team and had two Canadian all-around champions – Onyshko at the senior level and Quinn Skrupa at the novice level.

Ana Padurariu from Gemini Gymnastics in Oshawa, ON had a phenomenal fall competitive season, taking home five gold medals from the 2016 Pan American Championships including the all-around title. She then went on to completely dominate the field at the 2016 Olympic Hopes Cup, winning gold in all events. Padurariu was also the 2016 Canadian all-around champion.

Elena Davydova has the distinction of being an athlete at the Olympics (1980 Olympic all-around champion for the Soviet Union), an Olympic coach (London 2012), and an Olympic judge (Rio 2016). She is also on the FIG women’s technical committee. She and Valery coach out of Gemini Gymnastics in Oshawa, ON.

Before joining Gemini Gymnastics, Valery was the Head Coach of the Lvov Russian Training Centre in Ukraine and was named the Canadian Junior High Performance Coach of the Year in 2005, 2006, and 2010.

Scott Morgan from Flicka Gymnastics in Vancouver, BC was Canada’s sole representative in men’s artistic gymnastics at the 2016 Olympic Games in Rio de Janeiro where he finished 18th on floor, 27th on rings, and 14th on vault. Morgan was also the 2016 Canadian champion on floor and rings.

Adrian Balan from Laval Excellence in Laval, QC is the coach of some of Canada’s top young talent including national team athletes William Emard, Felix Dolci, and Olivier Menezes-Thibault. Dolci was the novice all-around Canadian champion in 2016 while Emard finished second in the junior division.