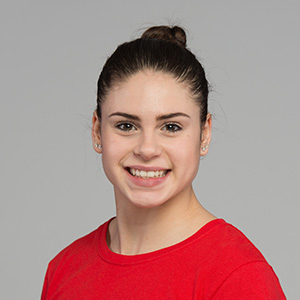 Getting into the sport: With the encouragement of her parents, she began gymnastics at the age of 3.

Most memorable moment in gymnastics: Finding out she was chosen to be part of Team Canada.

Favourite Motto: Everything is possible if you believe in it.