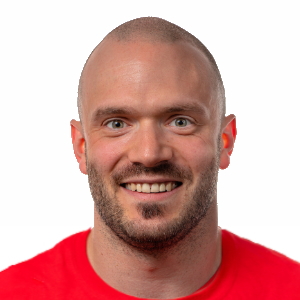 Beginnings: He started gymnastics at the age of 4 because he had to avoid contact sports due to a bleeding disorder.

Most memorable moment: Representing Team Canada at the 2013 World Games.

Odds and ends: Married to tumbler Emily Smith… Loves watching and collecting movies… Would like to learn Spanish.