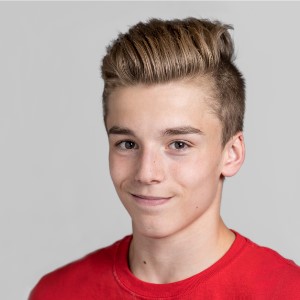 Félix Dolci participated in his first competition in 2009 and since then, has earned an impressive collection of more than 200 medals, several trophies, as well as several honours and sport merits. At the 2018 Youth Olympic Games, Félix qualified for the all-around, and all event finals, finishing the competition with a silver medal on rings. He recently became the most decorated athlete in Canada Winter Games history with 11 medals won over two Games.